imagine not knowing what’s on the left side of your body. Well, that’s how generous we should be; give (as if) we don’t know what we gave. 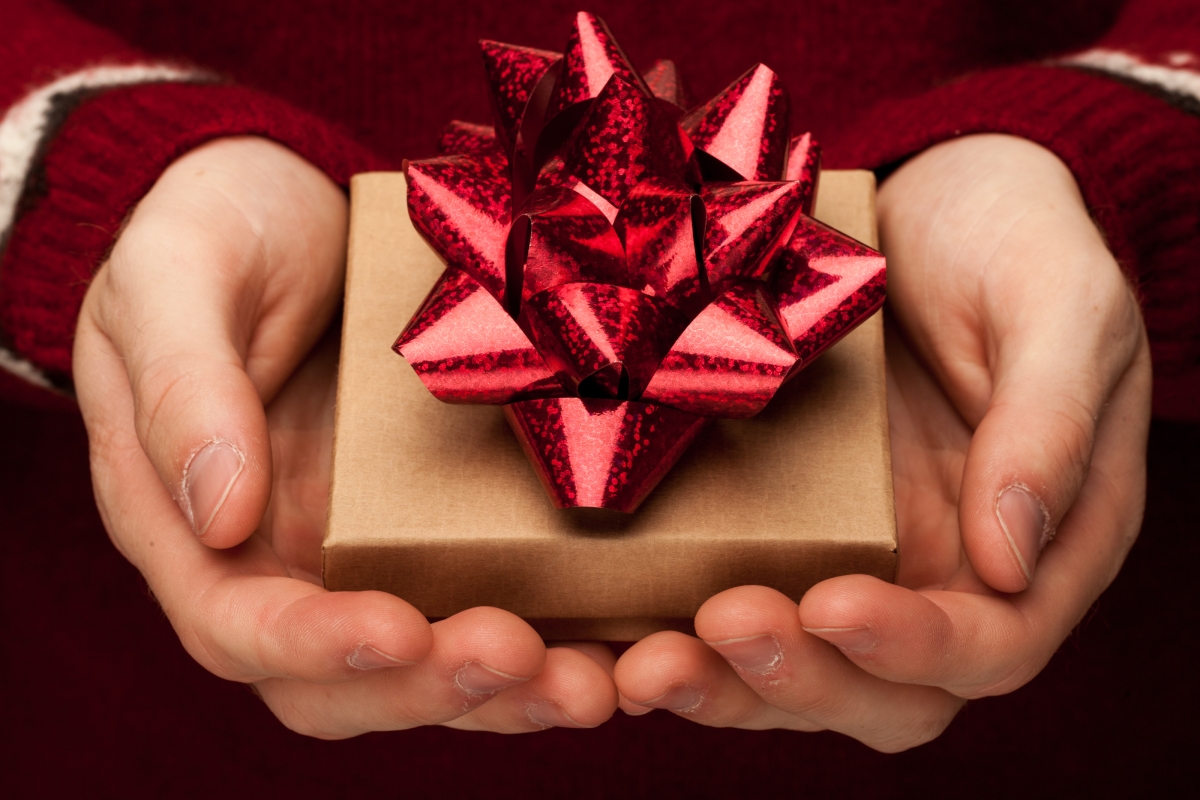 “Watch out! Don’t do your good deeds publicly, to be admired by others, for you will lose the reward from your Father in heaven.

When you give to someone in need, don’t do as the hypocrites do—to call attention to their acts of charity! ….they have received all the reward they will ever get.

But when you give to someone in need, don’t let your left hand know what your right hand is doing.

Give your gifts in private, and your Father, who sees everything, will reward you.”

There are affiliate links in this post; if you make a purchase through them, you help fund this blog.

Have you ever made a charitable donation online or by mail, where they asked you to check a box “make my donation anonymous”? I usually don’t, I’m ok with my name being listed as a donor.

Not that I want people to think I’m a kind, generous person, but so maybe I can encourage others to be kind and generous.

So, what about Matthew chapter 6?

The Bible scripture passage quoted above, from Jesus’ Sermon on the Mount, seems to tell us we should give in secret, not letting anyone else know.

But Bible scholars interpret it less literally. Considering it in context of the whole sermon, they suggest it means we shouldn’t give just to impress people nor brag about what we give, not that it always has to be secretive (although sometimes it should be.)

Giving from the Left or Right

Now I don’t think Jesus was making a political statement here. Nor was he just using hyperbole-an exaggerate statement or claim not meant to be taken literally . But I do think he was using a figure of speech to make a point, although it’s not a figure of speech either.

Because not knowing one side of one’s body is a real thing.

People with the syndrome of hemispatial neglect experience reduced awareness of stimuli on one side of space. This may occur after damage to the brain as from a stroke or trauma.

People with hemispatial neglect are often unaware of their condition. Friends or relatives might suggest they look to their neglected side but that instruction misunderstands the problem they have with navigating the space around them… people are not aware that something is missing, so why would they seek it out?

So imagine not knowing what’s on the left side of your body. Well, that’s how generous we should be; give (as if) we don’t know what we gave.

(Obviously, if we take that too literally, we might not manage our money very well, which might limit our ability to be generous; we still need to be financially prudent. )

The man who didn’t know what he had done

Every year at Christmas time a classic movie makes it’s way to network television and streaming services. Like many famous movies, the script was adapted from a book, or rather a short story titled “The Greatest Gift” .

George was a man who had a good life until things started going wrong, so badly that he concluded his life had been a failure and he had never done anything right or good in his entire life. He even contemplated suicide.

That is until a mystery “person” came along and showed him how the world would have been without George’s life and good deeds. Poverty, crime,unemployment, alcohol abuse, even deaths would have occurred had it not been for George’s life. And he had no idea!

His left hand didn’t know what his right hand had done.

Of course you know I’m talking about George Bailey from the classic movie It’s a Wonderful Life, released in January 1947, nominated for 5 Academy Awards, and considered one of the best films ever made. But most people like it because it’s a feel good movie that can make you laugh and cry.

Each man’s life touches so many other lives .

If you’re not familiar with the story, or just want to review your favorite parts, you can ask to join the It’s a Wonderful Life Facebook Group.

Of course, Ebenezer Scrooge of Charles Dickens’ A Christmas Carol didn’t have George’s problem. He knew exactly what he had done to help others-nothing!

It took dying (almost) and three scary visitors to show Ebenezer how stingy his hands had been, never giving anything away, and convincing him that generosity was better than miserliness and loneliness. At the end of the story , both of his hands were busy passing out food and gifts to strangers, friends, and family.

George, Scrooge, and Us

Like George, all of us have done acts of service, kindness, and giving that have made someone else’s life better, whether we know it or not. And like Scrooge, we’ve all missed chances to be generous, to “go the extra mile”, and to treat others the way we want to be treated. And like both George and Scrooge, it’s never too late to cultivate a gracious heart and generous hands-right and left.

Tell them to use their money to do good. They should be rich in good works and generous to those in need, always being ready to share with others.

I wrote more about Dickens at this link

Charles Dickens, English writer, wrote some of the most beloved and quoted literature in the English language.

sharing the HEART of giving

“one minute lessons with a lifetime of value“

Read more about it and download a FREE copy . ¡También disponible en español!

There are always people with needs. But this year with a relentless virus wrecking havoc with people’s health, safety, businesses, jobs, incomes, and security, has come more need for assistance for medical care, food, housing, and transportation. And that creates opportunity for us all to help.

Due to COVID-19 Black Friday was different this year; Cyber Monday turned into a necessity for many since in person shopping was risky to health and more difficult to navigate.

But this year perhaps more important than ever is   #GivingTuesday.

There are always people with needs. But this year with a relentless virus wrecking havoc with people’s health, safety, businesses, jobs, incomes, and security, has come more need for assistance for medical care, food, housing, and transportation. And that creates opportunity for us all to help.

Observed on the Tuesday following Thanksgiving (in the U.S.)   #GivingTuesday kicks off the charitable season, of holiday and end-of-year giving.

a global generosity movement unleashing the power of people and organizations to transform their communities and the world.

“GivingTuesday was created in 2012 as a simple idea: a day that encourages people to do good. Over the past seven years, it has grown into a global movement that inspires hundreds of millions of people to give, collaborate, and celebrate generosity.”

sharing the HEART of giving

My goal for this blog is to inform and inspire us all to explore the HEART of health in our lives, and the lives of our families and communities. But beyond that, my the mission for this blog is

So for Giving Tuesday I’m asking you to give to one or more of the groups I have featured on this blog and that I personally have or do support. The links below take you to stories about their mission and links to their sites where you can

And the good Samaritan is…

Jesus told the story of the good Samaritan to answer the question, “Who is my neighbor?” The term “good Samaritan” means a person who goes out of their way to help someone, especially a stranger, often at  personal sacrifice.

Soon after I started this blog a news story caught my attention and my heart. A young woman volunteer, Kayla Jean Mueller, was abducted following a visit to a hospital run by Doctors Without Borders

How important is water? It’s what we all need every day #Jesus#wells#safewater#CHaRA

I have volunteered on several teams with CompassionLink, an organization that serves to provide HEALTH RESTORED-HOPE SUSTAINED.

In war time Vietnam, 1972, 8 year old Kim Phuc Phan Thi almost died after being severely burned when a napalm bomb fell on her village. Many know her as the “Napalm girl”.

Where will you give?

Besides these places, I know you have needs in your community, maybe your own neighborhood. So look for places like a local food bank, women’s shelter, a homeless outreach, coat distribution, faith based ministry, school, and many others can can use time, talent, and finances.

I would love for you to comment about where you are donating this year, even if it is another group. Let’s all do our part to change the world with generosity and love.