The United States celebrates November 11 as Veterans Day, designated to recognize and honor people who have served in our armed forces. (This is historically Armistice Day, the end of World War I.) I remember the veterans in my life- my late father, my husband, cousins and many friends.

I especially remember my late friend Bill.  Bill served in the Army during World War II , part of the force that invaded Normandy France in June 1944. I recently read a memoir he wrote about his military experiences. 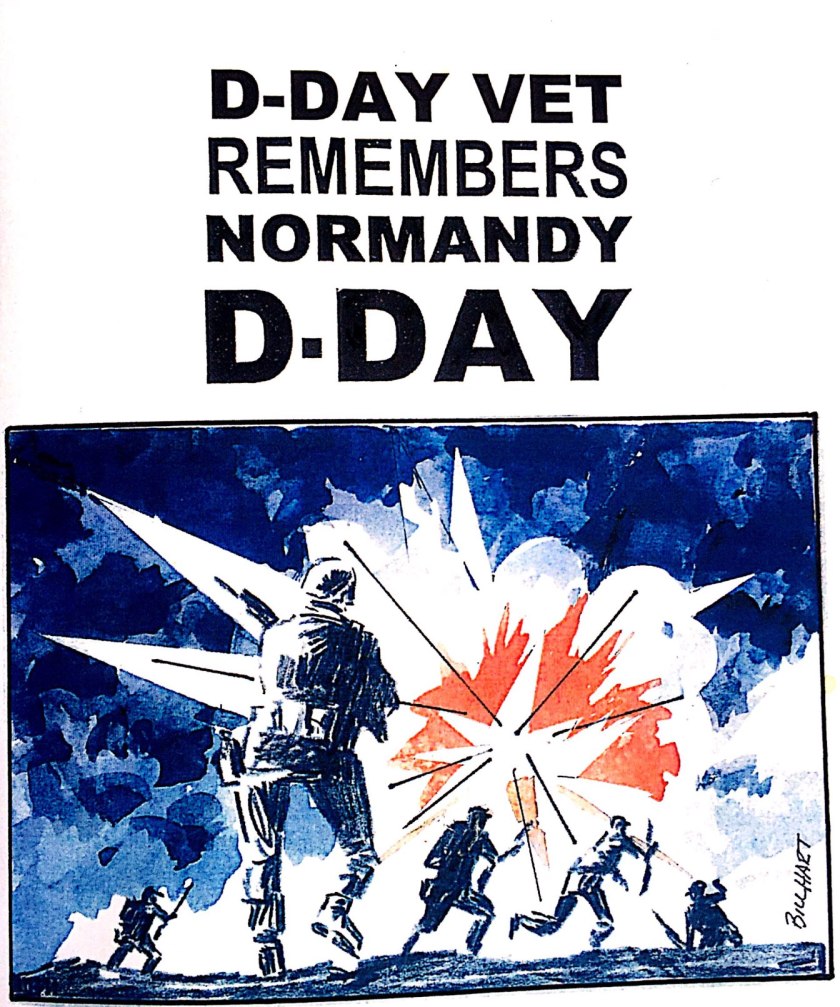 As a 20 year old he joined the Army in 1943, deployed to England and prepared for the invasion. What he thought would be a grand adventure turned into a nightmare which he vividly captured in his book.

Several days into the fighting on the beaches at Normandy, he was assigned to pick up and transport the bodies of fallen soldiers. Thereafter, as he worked his way across France and Belgium into Germany, he found himself dodging enemy soldiers, liberating concentration camps, dealing with angry and defeated POWs, and famished, humiliated civilians struggling to survive.  Bill described what he saw and felt this way. 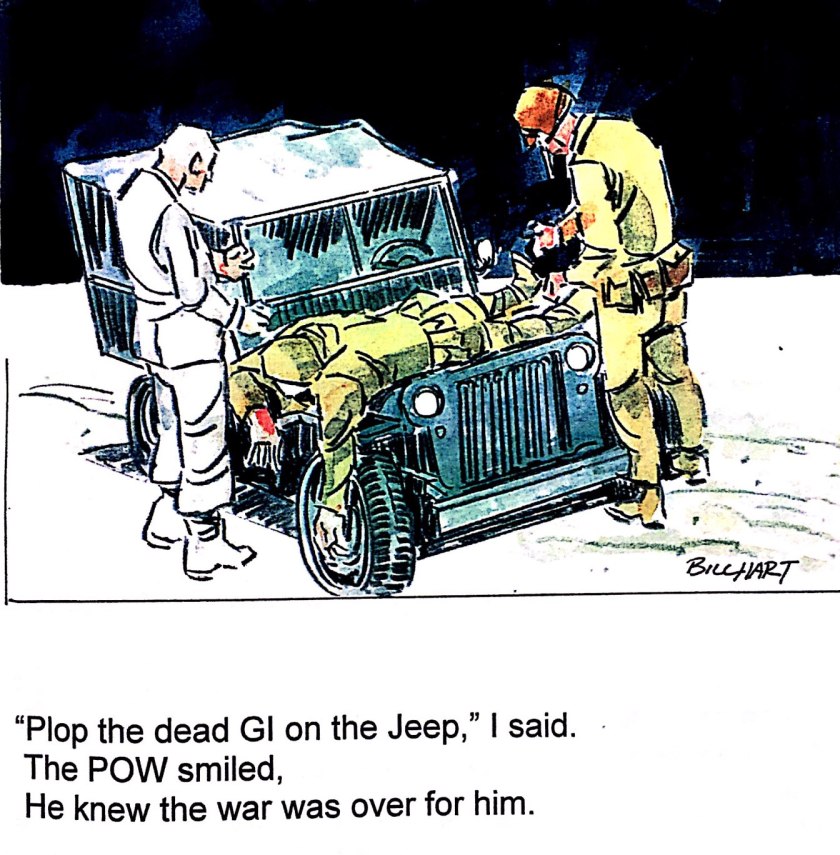 “At night I would think about the poor GI’s family when they got the news of his death. I tried not to think too much about this “dead guy” job. It seemed to go on forever. For the next month and a half I was really alone, not attached to any outfit. I found my own food, water, gas for the Jeep and slept alone beside the Jeep in an open field. I shaved with cold water in my helmet and used my Jeep mirror to see.

The Germans were always near. I was scared I would be killed or captured. “Who knows where I am? Who would tell my mother if I died?”

In the beginning it had been exciting being alone with the invasion action all around me. But now I have panic attacks and nightmares of the dead bodies waking me as I sleep in the open field alone. Most GI’s have other soldiers around them to feel safety in numbers. I had no one. I can’t get their dead faces out of my mind. I wait for the bright morning sun to erase the terrible images.”

After the war, Bill established a career as a commercial artist. Art provided not only a living for him and his family but also an outlet for dealing with the distressful memories of the war. He created an extensive portfolio of drawings and paintings depicting  images of what he saw and experienced.  By expressing his feelings on canvas, he released some of their distress.

“Later I forced myself to stop thinking about the “dead guys” experience and eventually forgot it. 62 years later, in 2006, when I applied for compensation for war injury during the Battle of the Bulge, the woman who interviewed me kept telling me I was leaving something out, something from my past. I finally remembered after much writing about my remembered events in the 1944 and 1945 war period and was diagnosed with PTSD.

I believe, the greatest event of the 20th century took place during the June 1944 D-Day Normandy Invasion. I am very proud of being a small part of that great historical event that will always be remembered.”

Bill was proud to be a World War II veteran and I count it a privilege to know him. He was a kind, gentle man who loved God, his family and friends. He is missed by all of us who love him.

Once known as “shell shock” or “battle fatigue”, post-traumatic stress disorder, PTSD, has become the most common post-military service disorder. Although it also occurs in civilians who experience severe trauma, it has  been defined, studied, and treated among current and former service members.

PTSD develops after exposure to or experiencing significant traumatic events such as interpersonal violence, death or  threat of death, serious accidents, disasters and combat.

There are 4 types of symptoms-

PTSD can also lead to depression, anxiety, alcohol and substance abuse and suicide.

It is also frequently associated with traumatic brain injury (TBI)  and chronic pain.

The National Center for PTSD (Veterans Administration)  is dedicated to research and education on trauma and PTSD, working to assure that the latest research findings help those exposed to trauma. They offer extensive information and resources at this link

My husband Raymond has shared his veteran story at this link

From bullets to blessings