There will not be a national app for contact tracing. There are many options available now, and it is up to each state and individual to decide which tools best fit their needs. It is up to you to decide if you download an exposure notification app for COVID-19.

Recently several friends on social media posted about settings on their phones for COVID-19 exposure notification. I checked and found it on my phone also. Early in the pandemic I read that this software was being developed for possible use in contact tracing but did not know it was now a reality.

I mentioned it to my computer guru husband Raymond who writes a tech blog Tech Savy Life and he researched and wrote an in-depth post about it. So I’m tapping into his knowledge to share with you.

According to the CDC, contact tracing “helps protect you, your family, and your community” by

Manual contact tracing done by humans is labor intensive and sometimes inefficient, requiring time on the phone trying to reach people, physically tracking them down, and then depending on their memory of where and with whom they have been. Using technology to do this speeds the process and improves accuracy, making it far more valuable and helpful.

Exposure notification apps are developed in collaboration with or endorsed by health departments. These apps undergo rigorous testing to determine their trustworthiness, security, and ability to protect people’s privacy. Until you give consent to share information with your local health department, any information you have entered into the app is stored only on your personal phone and is not sent to the health department or any other third party. The app and your information can be deleted any time.

Exposure notification on the iPhone 11 iOS 13.7

By clicking Continue, I went to a screen where I entered my country, the United States, and then my state, Oklahoma, where exposure notifications are not currently available.

Again, according to the CDC,

There will not be a national app for contact tracing. There are many options available now, and it is up to each state and individual to decide which tools best fit their needs. It is up to you to decide if you download an exposure notification app for COVID-19.

Raymond’s article was written before the iOS update, but I recommend you read it for a more detailed explanation of how contact tracing works. And check out some of his other posts while you’re there.

Raymond Oglesby, an Information Technology (IT) specialist with 30 years in the field. I have taught Microsoft Applications and troubleshot computers in 15 countries and many States. My career was focused on mainframes and desktops from application development to implementation. I have written hundreds of programs for various architectures. I decided to start a blog to share my knowledge and experiences with you.

exploring the HEART of health with technology

Even though computers and smart phones aren’t so “smart” sometimes (or maybe it’s just me) I’m glad we can harness the power of technology to help us explore and share the HEART of health. You may enjoy this post about how technology has changed the way we document healthcare for better and for worse.

The electronic medical record-asset or annoyance?

The increase in physician burnout has been directly linked to the introduction of electronic medical records.

Several states have now adopted use of contact tracing apps, but usefulness has been hampered by reluctance to use them.This article from Kaiser Health News explains why

we Americans have trouble re-calibrating our traditional (and laudable) devotion to individual rights and civil liberties. That is the fundamental reason we’ve been so slow in getting serious about a virus. quote Charles Krauthammer 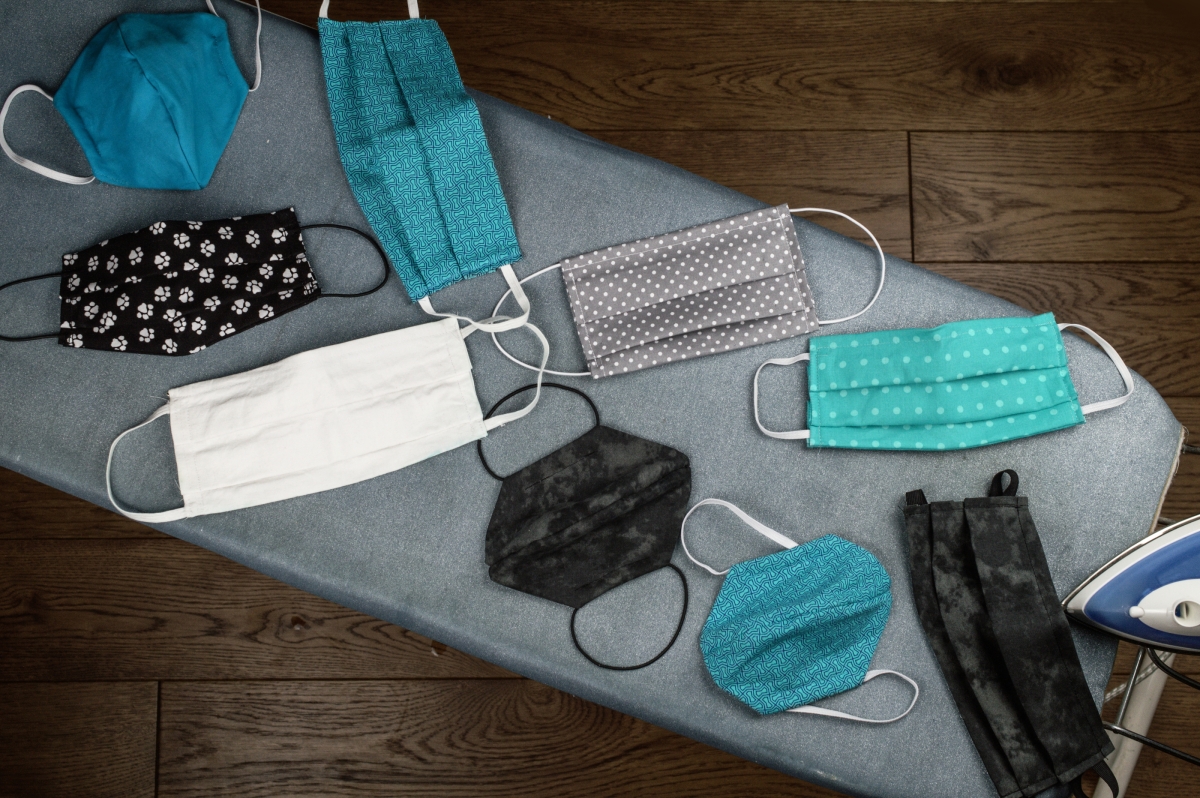 Since the start of the pandemic, and especially since it has become so politicized and polarized, I have wondered what the late Dr. Charles Krauthammer might have written in his Washington Post column. For many years he commented on all things political, social, and occasionally medical, having left his psychiatric medical practice for a journalism career. As I searched my previous posts about him, I found reference to a piece discussing a situation similar to COVID-19-the Ebola epidemic of 2014.

In 2014 when an Ebola epidemic broke out in Africa, a Liberian man entered the United States, became ill, and presented to a hospital emergency room; before he was isolated, healthcare workers were exposed. He was eventually diagnosed with Ebola and a nurse became infected. It caused a public health scandal which was widely criticized.

Fortunately, although deadly, Ebola is not as casually transmitted as coronavirus (not respiratory born) and never rose to pandemic proportions. But certain aspects of its presence in the United States mimics an aspect of COVID-19 which is hotly debated-personal freedom vs the common good.

Dr. Krauthammer wrote a piece commenting on this. I am quoting a few key paragraphs that particularly apply to the COVID-19 crisis. In italics I have inserted words referring to the specifics of the 2020 pandemic.

Unnervingly, the U.S. public health services remain steps behind the Ebola virus (Coronavirus). Contact tracing is what we do, Centers for Disease Control Director Tom Frieden (Robert Redfield) assured the nation. It will stop the epidemic “in its tracks.”

These missteps raise questions of competence, candor and false confidence. But the problem is deeper. And it rests not in our doctors but in ourselves.

In the face of a uniquely dangerous threat, we Americans have trouble re-calibrating our traditional (and laudable) devotion to individual rights and civil liberties. That is the fundamental reason we’ve been so slow in getting serious about Ebola (COVID-19). Consider:

In normal circumstances, privacy deserves absolute respect. But these are not normal circumstances. We’re talking about a possible epidemic by an unseen pathogen that kills 70 percent of its victims. Contact tracing is the key to stopping it, we’ve been told.

Quarantine is the ultimate violation of civil liberties. Having committed no crime, having done no wrong, you are sentenced to house arrest or banishment. It’s unfair. It’s, well, un-American. But when an epidemic threatens, we do it because we must.

(Note: Americans have been asked to quarantine if they have come in close contact with someone confirmed with COVID-19. If they have the infection, they must self isolate for at least 10 days. )

Training and equipping every hospital in America to treat this rare disease would be ridiculously expensive and 99 percent wasted. Every Ebola (COVID-19) patient should be evacuated to a specialized regional isolation center, such as the ones in Atlanta, Omaha or Bethesda.

(Note: With the large number of COVID-19 hospitalizations, it is impractical to treat all patients at isolation centers. However, their care requires a high level of medical sophistication only available at large medical centers by physicians, nurses, and other professionals trained in critical and intensive care. Such care can potentially overwhelm the medical system, making care of COVID-19 patients more difficult and making care of other critically ill patients less available.)

The CDC argues that a travel ban would stop the flow of medical assistance to West Africa. This is silly. Simply make an exception for health-care workers. They apply to federal authorities, who charter their flights (or use military aircraft already headed there) and monitor their movements until 21 days (14 days) after their return home.

(Note: Non-essential travel to China from the United States was banned soon after the onset of the COVID-19 pandemic, and travel to other parts of the world followed. Ironically in July of 2020, some countries banned entry of arrivals from the United States due to a surge in cases. Some states instituted quarantine requirements for visitors from other states to limit spread during the summer surge of cases. )

President Obama, in his messianic period, declared that choosing between security and liberty was a false choice. On the contrary. It is the eternal dilemma of every free society. Politics is the very process of finding some equilibrium between these two competing values.

Regarding terrorism, we’ve developed a fairly reasonable balance. But it took time. With Ebola (COVID-19), we don’t have time. Viruses don’t wait. The sooner we reset the balance — the sooner we get serious — the safer we will be.

Here is a link to his original article which I hope you will read.

Resetting the balance with COVID-19

To contain and “flatten the curve” of COVID-19 cases, American citizens have been asked to limit or even avoid many common activities; these restrictions have been met with resistance and outright defiance. These include

This last one, wearing face coverings to prevent the spread of coronavirus containing droplets, has at times been the most contentious among people, with some enthusiastically embracing their use and some rejecting.

Even the two candidates for President had different responses initially, with Mr. Trump refusing to wear one, while Mr. Biden did. (By mid July, Mr. Trump began wearing a mask and urged citizens to do so.)

We’re instead asking Americans to use masks, socially distance, and employ vigorous hygiene — wash your hands every chance you get — while sheltering high-risk populations.  We are imploring young Americans to avoid packed bars and other crowded indoor gatherings.  Be safe and be smart.

Some cities passed ordinances making masks mandatory, although some didn’t. By late July 2020 many major retailers including Walmart , Target, Costco, and CVS required customers to wear a face cover to enter their stores.

In 1776 when the American colonies threw off unjust English rule, the leaders declared independence based on the rights of

But when Life is threatened by disease, Liberty may also be threatened- and it remains to be seen if the democratic government they established can save both .

exploring the HEART of health and freedom

before you leave you may enjoy

When I read Charles Krauthammer book, Things That Matter, one of the most important things I learned wasn’t about politics, medicine, or ethics, subjects he knew well and wrote about often. I learned that he was a die hard Washington Nationals baseball fan.